These are independent illustrations based on the prototype VW ID Buzz models we spied as well as information we obtained, which were written by Carscoops artist Josh Byrnes and are not affiliated with or endorsed by Volkswagen.

Like the ebb and flow of the tide, retro car design is making a comeback. While your mind might immediately default to the mid-2000s trend that gifted us “beauties” like the Chrysler PT Cruiser, VW New Beetle and Chevrolet HHR, chances are it will be designed the right way this time around. Need proof? Check out the awesome new Ford Bronco and Renault 5 concept as prime examples.

See also: Everything we know about the Audi Q6 e-tron electric crossover

Another car maker that is about to rejoin the retrolicious bandwagon is Volkswagen. You may remember the ID. An exciting tribute to the original combi van with EV credentials, the Buzz Concept from 2017. 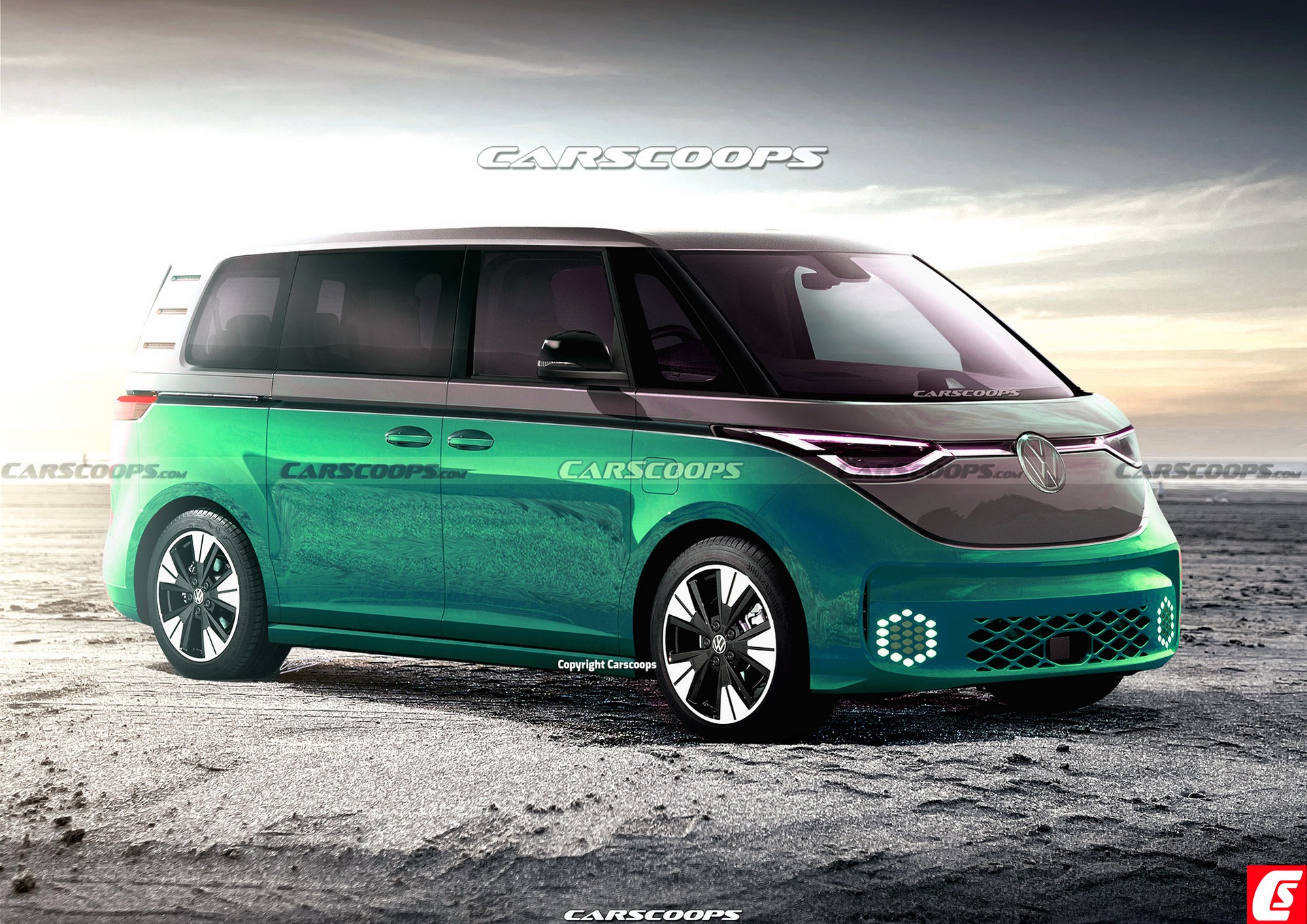 The German automaker is putting it into production next year, and we’ve got some details on what it will look like. Hungry for more information? Well, pour yourself a kombucha and read on.

While VW engineers currently use clever camouflage to hide the prototype in testing, that hasn’t stopped this writer from deciphering the final look. For example, the front end is easy to decode with curved styling that points to the original combi, as is the character line separating the lower and upper two-tone paint scheme. 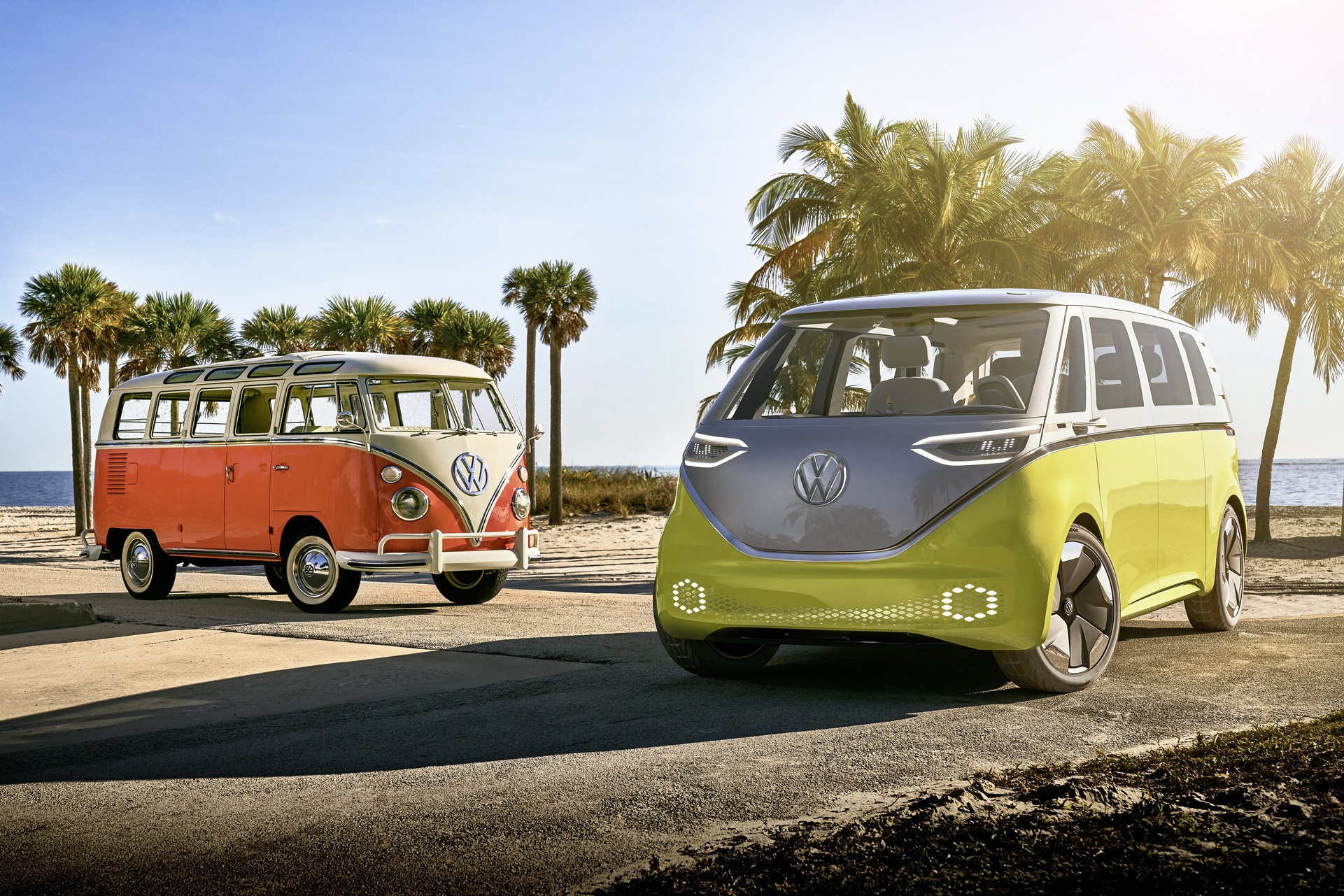 The Daylight Opening Area (DLO) has lost its conceptual distinctiveness, instead adopting the more traditional look shared with the new T7 Multivan. Sadly, elements like flush door handles and mirrors haven’t made the cut, though it retains the concept’s LED headlamps, rear pillar details and smooth sheet metal surfacing.

The open space for the cabin is a Volkswagen theme (which, depending on configuration, seats 6-8 people), with clever spatial use aided by its EV underpinnings and flat-floor design. The Buzz will feature a free-standing digital instrument cluster and tablet-style infotainment screen with wireless Android Auto, Apple CarPlay and phone charging capabilities like other ID models. 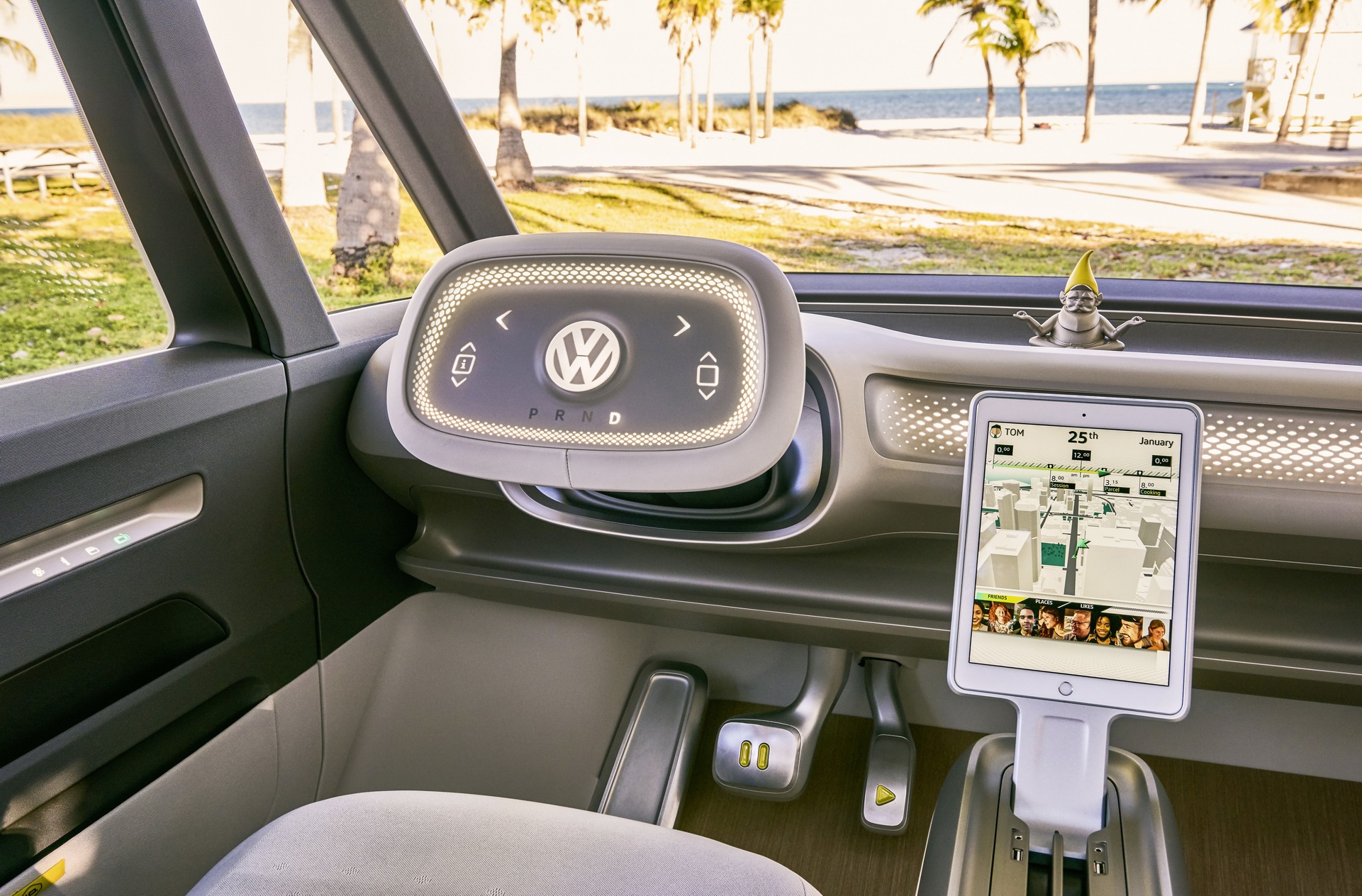 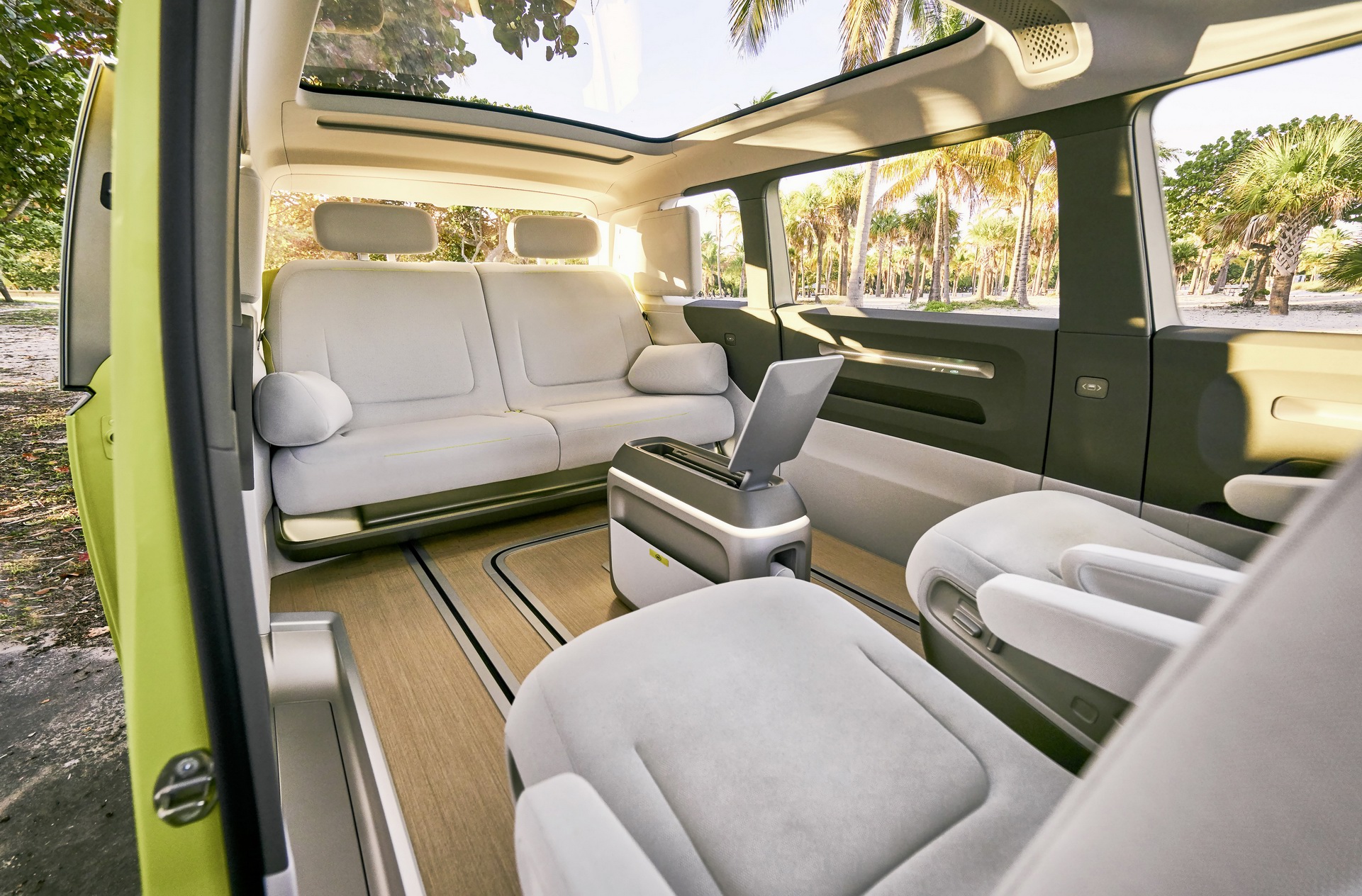 A plethora of driver convenience and assistance will be available; These include autonomous emergency braking with over-the-air updates, augmented reality (AR) heads-up display, speed sign recognition and pedestrian detection. Level 2 semi-autonomous driving on the highway will be available at launch, with Level 4-capable autonomous driving on-stream in 2025 through a partnership with US-based tech firm Argo AI.

power to the People

Rear- and all-wheel drive versions will be available; The former has a 150 kW (201 hp) single-motor setup, while the all-paw variant puts out a healthy 275 kW (365 hp) via its dual motors. The newest member of the ID family will also use Volkswagen’s flexible MEB-XL platform, which can accommodate lithium-ion battery packs ranging in size from 48 kWh to 111 kWh. 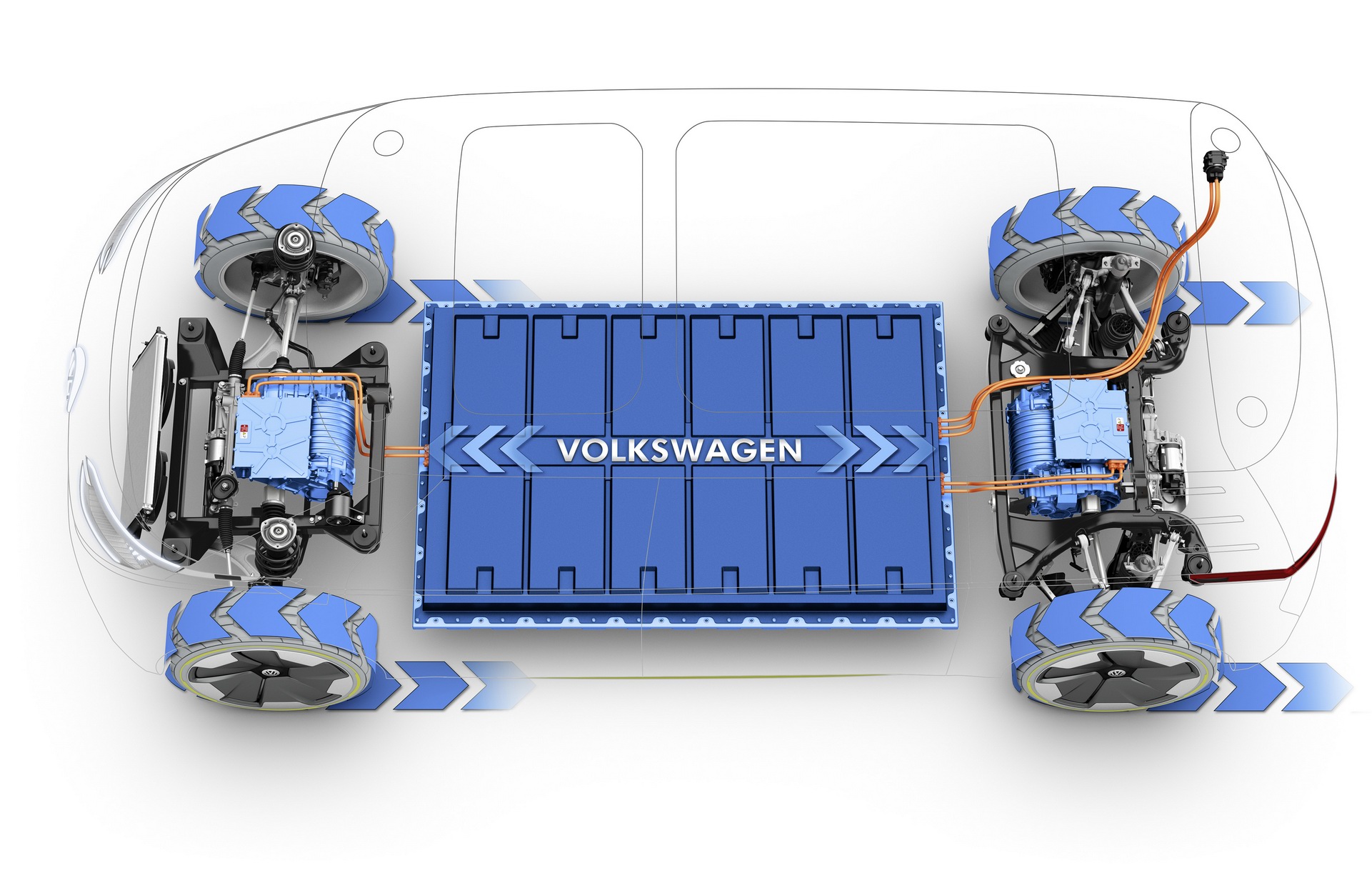 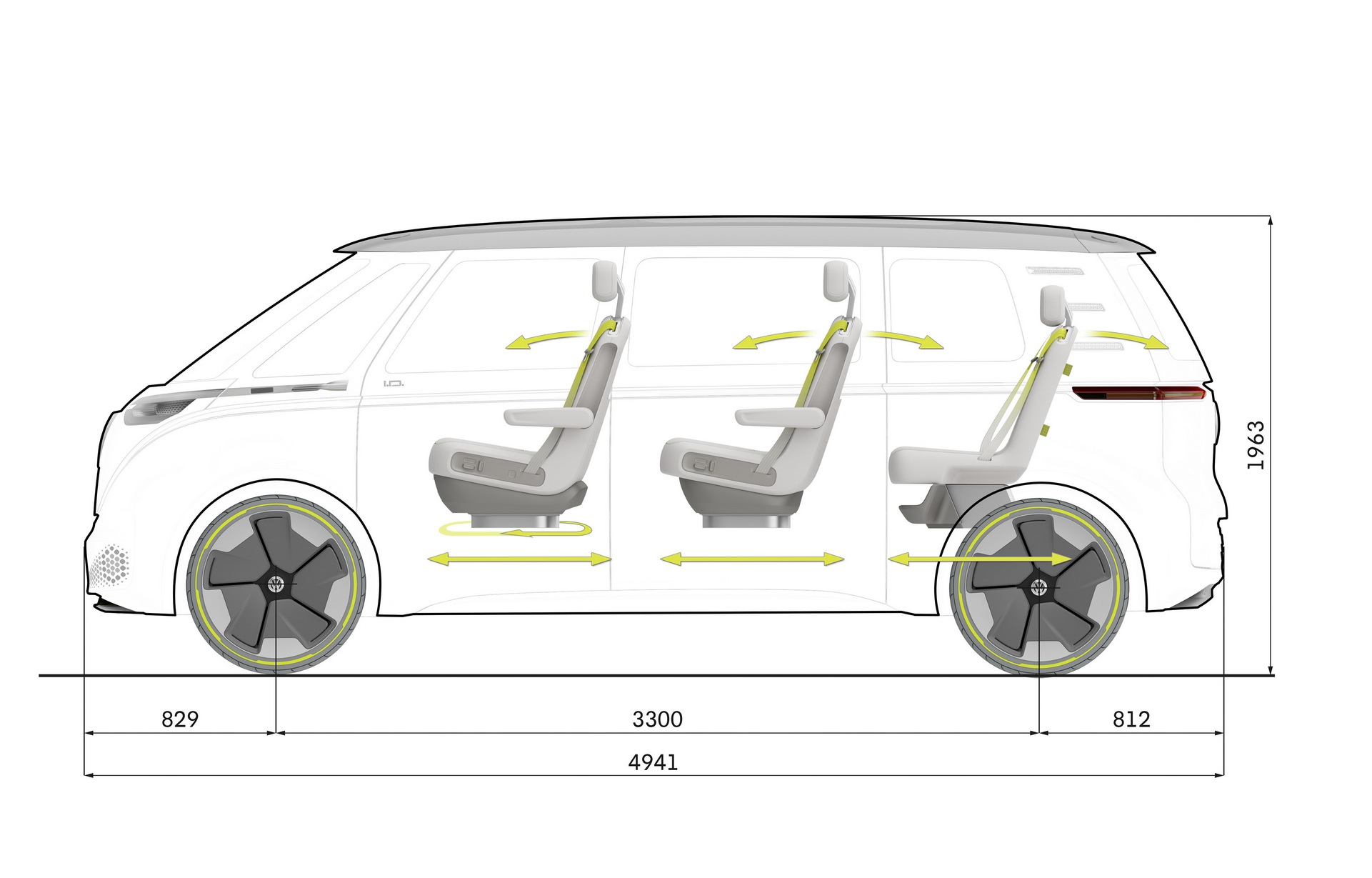 See also: What will the Apple iCar look like in the future?

The largest battery pack can cover a range of 550 km (342 mi) and can be charged up to 80 percent within 30 minutes using a 150 kW fast charger. A 230V socket provides additional freedom for workplaces requiring power for equipment and other equipment, and bi-directional charging is also expected to be available.

Of course, I.D. Buzz will be a standout among the current crop of minivans; It would also be an eco-benefit of being a lover of those who run entirely on electricity. Rivals include the Toyota Sienna Hybrid, Kia Carnival, Chrysler Pacifica Hybrid, Mercedes-Benz’s upcoming EQT and the Renault Kangoo e-Tech Electric. 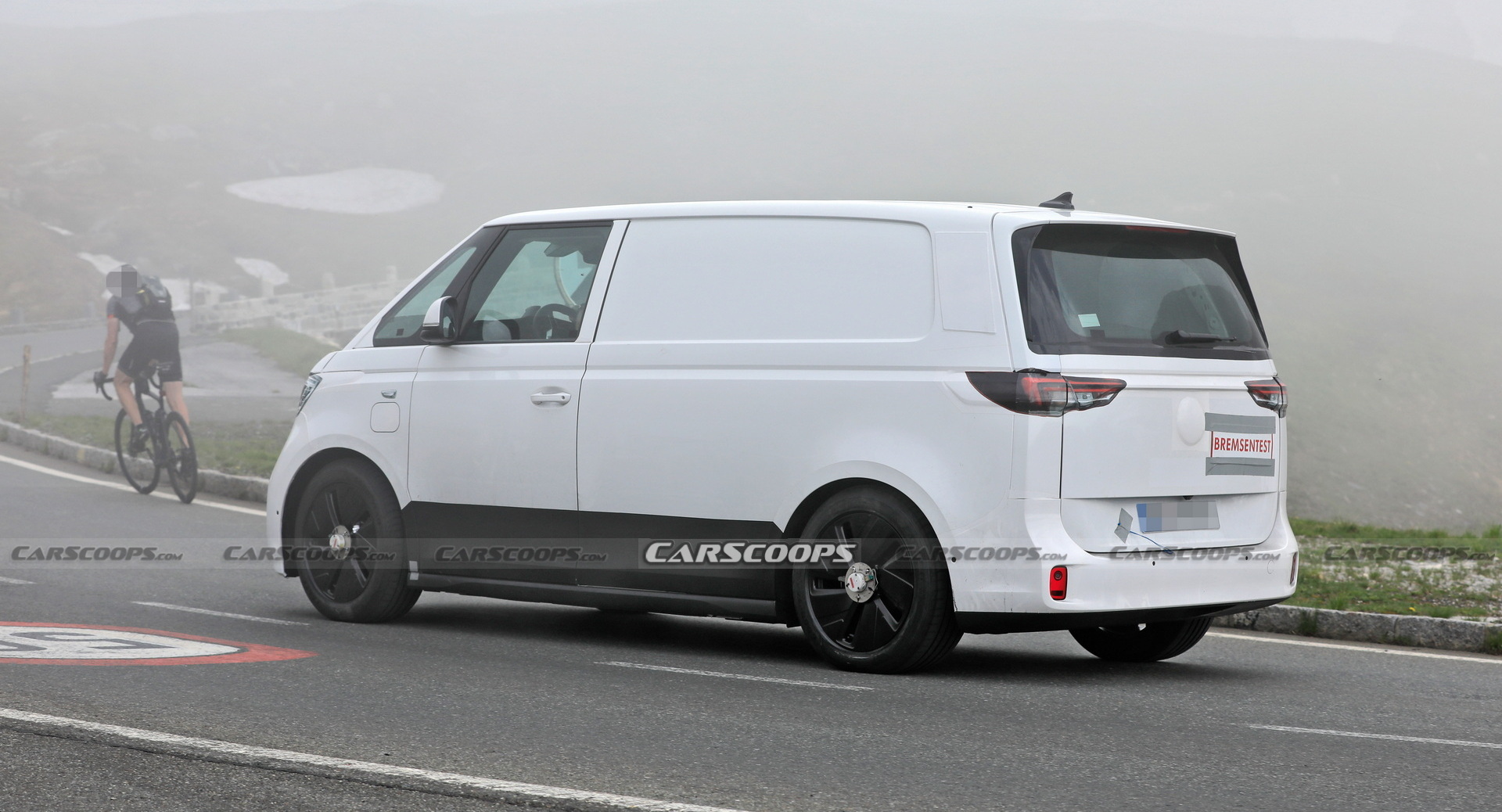 Sales across Europe will begin in 2022, and in North America next year – very likely as early as 2024MY. Several configurations will be offered with flexible seating options, as well as a commercial version called the ID. Buzz Cargo. Pricing for the Passenger variant is tipped to start around USD $40,000.

ID does. Does Buzz stay faithful enough to the core concept? Share your thoughts in the comments below.